I finished a game that I didn’t finish. It’s Ni No Kuni 2: Revenant Kingdom. I didn’t finish it because it’s trash. The amount of pointless grind that I needed to do in order to just progress the damn story is just disgusting. If the story was any good, I would probably grind the stupid citizens and continue the damn game. I decided to uninstall it, open up youtube and see the boss fights and ending.

I love JRPG games and rarely you’ll find a JRPG game that sucks. I don’t even remember that I played one that sucked. BUT Ni No Kuni 2 is just a gigantic disappointment and I feel so bad because of it. Visually it looks pretty damn good. The music is beautiful and the combat is freaking amazing. But the story…the story is so bad and generic, I just lost interest in the game completely.

If you like JRPG games or any action based japanese games, go look for something else than Ni No Kuni 2. It’s bad. Here’s a review that pretty much described the game. 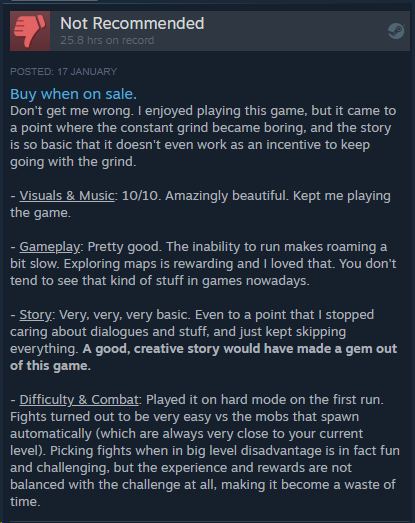 Yeah, the grind was not my favorite thing in the world.

The last chapter with the level 3 castle development was so dumb. So unnecessary.

Finished Resident Evil 2 Remake Leon’s campaign. This game is top quality AAA super mega masterpiece. Only a fool wouldn’t play this game. Do yourself a favor and buy the damn thing. Play it. Play it again after you play it. Then play it more. 15/10

Time for the second part of the game boissss.

Glad you liked it

Tyrant’s footsteps… I can still hear them

Look at you, counting the same game as two games. You just beat the game once finally

You are jelly because I finished stuff, that all.

It counts now as 3 finished games.

I’m jealous that you play games at all

I decided to clean my entire backlog this week. Yakuza 0 is the next game I’m gonna beat. 14 hours in, 16ish to go. After that AC Odyssey, then DQXI. Gotta clean everything before Sekiro comes out.

How did you know my lasagna plays games

Finished Diablo 3 and Reaper of Souls expansion. Game is fun. Reaper of Souls is short but I feel like I enjoyed it more than the main game. I bought a PS4 copy 2 months ago for 4 euros. Worth. Recommended!

Finished Anthem. I don’t even know where to start…
This game is like…everything and nothing. Super good looking game but also super not so good looking game. It’s empty, unfinished and 50% of the time boring.

I finished it in 18 hours. Did all the side “missions”, collected bunch of “collectibles” aaaaaaand that’s about it. This game still has the potential to be something amazing. Voice acting is fantastic, Anthem is visually amazing (probably the best looking game out there), combat is top, music is freaking good, the javelins feel and look pretty damn cool, story…eh, story is rushed. And when I say rushed, it’s like, you were doing one mission of collecting some artifact, next minute, BOOM, end game, boss fight. It just ended so fast.

The characters were pretty cool, although, I wish they were more introduced to the game. They need a backstory, something that will connect them to the game. To make the story a lil bit more immersive.
Anthem definitely needs AT LEAST another year of development. They just rushed the whole thing and that’s why it’s hated. You barely get loot, you barely level up, you barely get coins to buy something. Hell, you barely have anything to buy. The shop is empty, the world is empty with literally 3 different enemies. Anthem just…came out 3, 4 years too early.

I will revisit the game in a year again, when they decide to add content to the game. When they actually add something to the story.

I’m not recommending it. Better buy yourself 500kgs of bananas.

Haha nah they fixed that last few patches. But at launch, loading screens were absolutely annoying.