For a limited time, it’s offering a free seven-day trial which grants users access to its full catalogue of games. 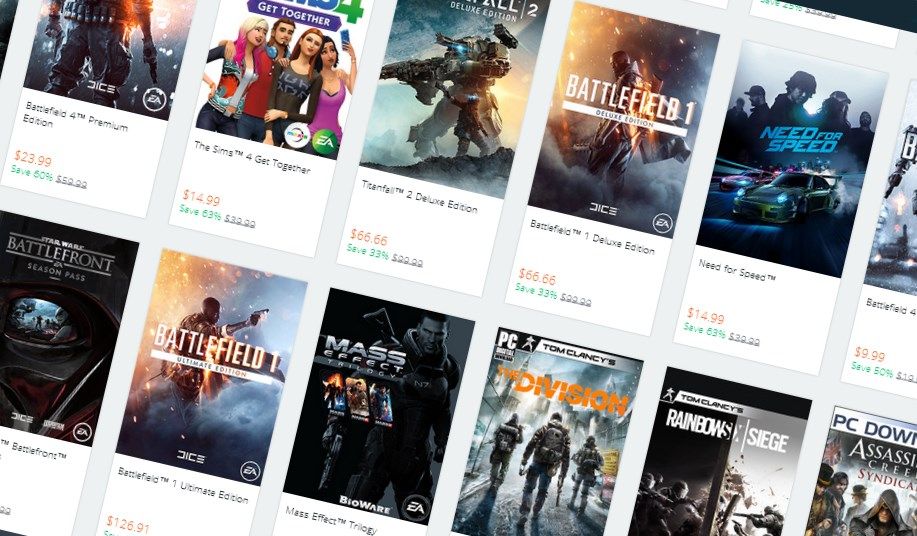 The yearly price is down to $30 I think. That isn’t too bad…

Yes, you have to subscribe to Origin Access and unsub from it during the 7 day trial if you dont want to be charged.

ButtStallion Do you know if within the free trial you also save 10% when you buy a game? Still have to preorder Mass Effect and would be nice to save 10% xD

ButtStallion I think I will try that

PeaceLeon Or maybe you shouldn’t preorder it? The game won’t go anywhere \o/

And this is my friends, why this planet will be infested with anarchy! ^

But for the same price you could just buy the game…

And this is my friends, why this planet will be infested with anarchy! ^

Katsuo on sallllle. Or maybe games just are cheaper in 'murica.

ShiftySatchmo It still costs more than 50000 games on origin access!

Sgt_T8ie You sound like every regular demon out there. Use some F words to be a true anarchy punk haha

The -10% discount counts while you are trial member, so pre order it now PeaceLeon

… So I fill in a web form selected type of subscription 1 year of course, but since I was not born yesterday on banana tree; I decided to use Prepaid (Reload) Visa Credit Card … (have very long and nasty experience with all kind of never ending subscriptions) … And finally I pressed pay button … And guess what? A big fuck you from EA store … in form of this text message: “Unfortunately we have to inform you that we do not accept prepaid cards for payment of subscriptions”. So obviously this is another nice try to empty my bleeding wallet … Maybe they simply do not accept Prepaid Cards (I’m sure that I have more than enough funds on the card) but then again thought passed through my head, maybe there’s a catch 22 … Recurring subscription that is hard to stop … So before you rushing in the stampede at this EA attractive offer, and all press rip off button, try to think twice and pay just once xD