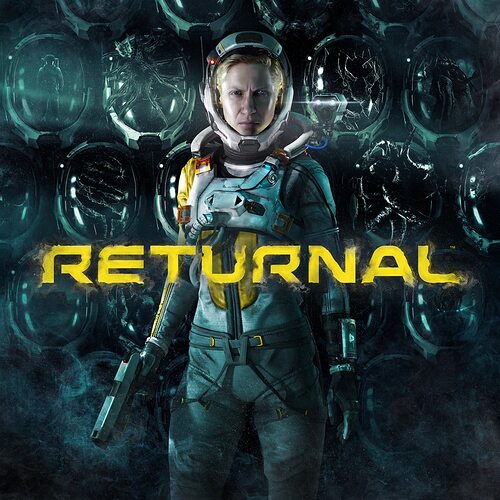 Buy Returnal on PS5 and fight to break the cycle of chaos on a hostile, alien planet. In this third-person roguelike shooter, every attempt at escape is a high stakes journey – with the odds stacked firmly against you.

Got this today and so far it’s exactly what I wanted. Sci-fi bullet hell with a mysterious method of storytelling. Looks and plays amazing!

Nice. Was waiting for user reviews on this one. A couple “pro” reviews mentioned a heavier reliance on a good roll/build. Which makes me worry about it hitting an annoying grind hump at mid-to-late game. But they could’ve just stunk at playing.

So far it seems like you get some permanent upgrades and you can reroll runs if you want. Most reviewers are bad at games. It is a fact.

I wonder what score will the reviewers give to the Ninja Gaiden remasters. Probably a 0 or something.

Probably since I heard they didn’t really remaster anything

What I meant is collection, not remaster. I’m just dumb.

This game is definitely not easy, but the bad reviews for it being hard are so dumb. The game is fun. I feel like the times I die on bosses are simply because I haven’t learned their pattern well.

Ah so it’s the same as every modern hard game. You want a hard bullet hell game? Play Ikaruga. I have it on Switch and I hate (but love) life whenever I play it.

Now that I got to the first boss (and saw a lot of weird stuff on the way) I can say I reaaaaallly like this game. I died though. I got close but the boss got me in the end. It seems like it’ll be easier to get to the boss the next time around.

The gameplay is a rougelike, looter shooter, metroidvania, and the story so far is Edge of Tomorrow meets Control.

He wants to say that the game is like Diablo

No, it’s not torchlight

I beat the first boss, finally. The second area is cool but even more giganticy than the first. I’ve played just shy of 5 hours and have only died 4 times. Twice to the first boss, once to a mechanic I ran into and didn’t understand, and once because I was just stupid and died against normal enemies in the second area. So far it’s not as tough as the terrible-at-games reviewers would lead you to believe. It’s the level of challenge I like for this sort of game. You just can’t be careless. Bad game to play after drinking a bit much or being sleepy.

I enjoy this game a lot! Interested to see where it goes. The slow but steady stream of new items and enemies is satisfying. I’m hooked, man!

Did you just assume our gender??

When a boomer tries to be cool