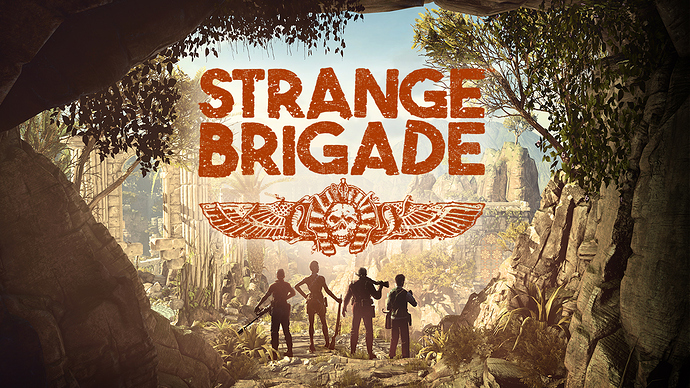 Strange Brigade is a nice third person fps adventure shooter coming from creators of Sniper Elite. Story and levels are divided into some sort of episodes of the Strange Brigade adventures. Graphics are nice, and a British English narration guiding you through episodes is spot on. Through the levels you collect gold and spend it on upgrading your gear. There are four characters with different skills so if you’re playing solo, you might repeat some levels playing with different characters in order to find all secrets.

While single player is basically boring, 4 players co-op is where this game is at it’s best. Unfortunately it’s almost impossible to find an online game, so I would only recommend it if you have friends to play with.

If only I had friends

I could have swore that I had made a thread for this game when I played it but apparently I did not.

The game is 9/10 IF you play with friends you know, and IF you actually pay attention to the narrator and the story. He is hilarious and the story is good. If you have friends that won’t really play attention to that or will prohibit your enjoyment of that part, then it drops to 6 or 7/10. Still a good game, but that narrator just makes it great.

I would also highly recommend the season pass or expansion, or whatever it is called. The extra characters you get are all worth it and fun to play with.