Well the first game I finished in new year is Call of Duty: WW2 (VETERAN difficulty)

It was a good experience and I’m satisfied with the story campaign. Visuals are stunning and sound is great.
But there are some things that I didn’t like in the gameplay.

Overall, I can recommend it to everyone who like WW2 FPS games but wait for the sale or a big discount.

(It’s actually a 7 but I gave 7.5 because Activison for once listened to the COD fanbase and released WW2 game.)

Now where are my Band of Brothers DVD’s.

Another day, another game finished.

This time it’s TALOS PRINCIPLE. And boy, what an astounding philosophical journey it was. Great plot, great story, nice graphics and nice audio.
There are a lot of great puzzles (the whole gameplay is based on them), and ingame Easter eggs made a nice sugar coating on already great cake.
Different endings are there (not going to spoil) but I finished only one that I considered right. I’ve completed it in 40 hours and I really took my time looking for secrets.

Anyway kudos to the CROTEAM, they’ve certainly outdone themselves.

If you’re fan of Portal and puzzle games in general this is a MUST PLAY game.

I’ve resisted opening it back up for years now trying to forget enough of the puzzles so I can play it again haha.

Next game that I finished is “BATMAN: ARKHAM ASYLUM”. As a Batman fan I’m really pleased with this game. A Metrovania approach to it with collecting gadgets throughout the game is great. Taking in consideration that it’s published in 2009., this game aged like a fine wine. Story is good, graphics still looks beautiful and all characters are nicely done. Sound is great and add to the game atmosphere. I’m not achievement hunter but damn you Edward Nigma. Why did you have to say that I won’t find all your secrets? It took me 28 hours to finish the game just because of them.

Overall it’s a good game and I’m looking forward to finish the the next one in Arkham serie. If you haven’t played it, I recommend it.

The next in line of finished games is “THE WITNESS”.
The game was designed, produced and directed by Jonathan Blow, creator of Braid

Interesting puzzle game, through which you must learn the way puzzles are solved. It has some sort of philosophical story but never comes close to Talos Principle. Graphics are beautiful and the sound is good. Game has some nice secrets ( won’t spoil anything), but unfortunately there are some bad decisions in game mechanics which can be bothersome and they are the reason why I can’t give it a higher score.

If you’re fan of puzzle/logic games I can certainly recommend you to play this game.

It’s a great game with better story than it’s predecessor. The story continues from the Batman:Arkham Asylum and it gets interesting as you advance through the game. Game keeps the same game mechanics as in previous game so anyone who played Arkham Asylum will be on common ground with this game. It’s good to highlight introduction of the new dive/glide mechanics as well as new gadgets, combos and playable characters. Graphics are still beautiful and sound is great.

I’ve finished main game on HARD difficulty in 32 hours without getting all of the achievements (Riddler I’ll get you!) so it’s safe to say that I have some more time to spend in game unlocking all stories.

Overall it’s a great game and I recommend it to all of you.

Now to move onto the next one.

zmajuga Against most people’s opinions, I really enjoyed Origins. It has the most villains and some great epic battles. Enjoy!

zmajuga beat that last year and also loved it. I have origins and knight in my backlog but I like to spread series out so I don’t get bored with the formula

shiftysatchmo You like to spread them out over 10 years teheheeee

To Hell and back. A 30 hours of pure awesome gore fest and it never got boring.

Graphics:
The one of the most polished games I’ve played. Not a single bug experienced.

Sound:
Hats down to Mick Gordon for the music. Sounds in the game, are just as they should be, bringing in the great atmosphere of the game.

Gameplay:
DOOM - Keep running / Keep jumping / Keep shooting / No reload as it should be.

iD software done everything right in this game. Old school shooter modernized with some improvements. A spot on improvements.

If you haven’t played it already and you like old school FPS games, than by all means, buy it, play it and GO TO HELL.

P.S. Please someone give iD Software to reboot Duke Nukem!!!

zmajuga Yeasterday, I started Doom of course I cant set the settings up to ultra with my system but its gorgeous! 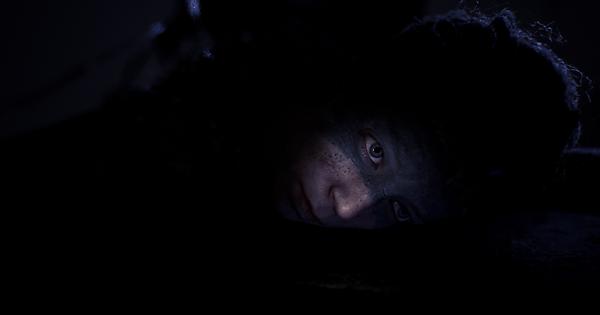 "Do you know the definition of insanity?"

It’s almost 2 AM and I just watched the end credits for HELLBLADE:SENUA’S SACRIFICE game, totally brain screwed. It is a rare occasion that some game can leave me speechless but this one surely did. It’s one of those game that you just must finish to see the end of the story, and this one, is a crazy one.
This was the one of the craziest experiences I ever had in my 32 years of gaming.

The graphics are great. The environments, the nordic setup and lore look and feel great in this game.
The sound. Oh the sounds. DO NOT PLAY UNLESS IT’S WITH A HEADSET! The voices in her head and in your headphones are as real as they can get. I just can’t describe how great it is. From voices to music it’s 11/10.

The gameplay and combat are solid and suficient for this kind of game. Gameplay time is, for some players, maybe short and around 5 to 8 hours. I have finished it in 8 hours and can say that it is long enough to finish the storytelling without unnecessary story fillers.

I want to thank @sYnCroSis for gifting me this game and recommending me to play it ASAP.

Without further delay and without spoiling anything I’ll conclude this short review with a score.

If any of you haven’t played this game, please do yourself a favor and play it.

When I saw it wasn’t on your wishlist, nor had you played it, I knew I had to get it for you. That’s part of the fun of gifting games - giving people experiences they either didn’t know were out there or didn’t think they would enjoy, only to be surprised!

When I saw it wasn’t on your wishlist, nor had you played it, I knew I had to get it for you. That’s part of the fun of gifting games - giving people experiences they either didn’t know were out there or didn’t think they would enjoy, only to be surprised!

You definitely surprised me with Apotheon. Gamez goood. Still have to beat Costume Quest haha I thought I was tough as stone. Bloody onion cutting ninjas caught me by surprise.

Told you! Playing it right after Hellblade rips your heart out. Finding Paradise is a great game as well, but I enjoyed To the Moon more.

Also what are you playing now?!