It was time to create its own topic, a lot of people playing it, @schlitty finished it, @Zmajuga and @Katsuo still playing it.

All I can say is I loved it from the beginning to the end. The facility part of the game is a very well made remaster, while honoring the original material and only tweaking minor things like the rails are no longer damaging you with electricity making the entire railway section less annoying. Xen is a total remake with a lot of good sections and beautiful visuals but as schlilly said the performance is sometimes poor.It is partly my fault because I ran the game everything maxed out not caring about the warning signs that a lot of the best settings are still experimental and can cause problems.
I liked the old Half-Life but after finishing Black Mesa I am sure if I ever going to replay the series, this is the way. Now let’s remaster Blue Shift and Opposing Force because I can’t even launch them on a modern system.
Highly recommended.

Alright, this one gets its own post even though it tries to be part of the HL games. I beat Black Mesa. It assaulted my GPU for some reason and I had some crashes. Xen runs incredibly inconsistent as compared to the rest of the game. But It is fun. It just ended up two separate games: 1. Before Xen (HL1 in HL2 engine with little changes for the sake of there being changes) and 2. Xen (a completely new take and re-imagining that is an entirely different experience from the original). And neither …

If it only wasn’t such a bugfest. I never had performance issues with the game. I had it maxed out too. But man, clipping through objects, bosses being bugged out, weapons disappearing and so much more…it’s making the half life experience absolutely garbage. Also, Interloper is in my opinion way too long and it’s so unnecessary. They could’ve cut some content from that and no one would bat an eye.

If I ignore all these issues that I have, the game itself is great. Great (and clever) level designs, music is beautiful (although I wish it was playing constantly instead of a 20 sec sample), gunplay feels amazing and Xen looks amazing.

Would I recommend it? I don’t know. Seems like, most of you didn’t have any major issues with it and it might be only me having these almost gamebreaking bugs.

Yepp Interloper was a bit long with those vortiguant machines, but i can’t remember if I had so many bugs. My problem is the platforming, but that is not a bug, just a stupid idea to make one third of the game a platforming nightmare in fps. Nobody likes platforming in first person. But I am over it for a decade, i didn’t expect less or more in Black Mesa

Glad you started a thread on it because I almost did. I launched it up a few days ago because I’m also playing through Alyx and wanted to see how the final product of BM came out. Really impressed in my first 1-2 hours of gameplay.

I’ll still play the original when I want my fix. Don’t think I’ll ever replay Black Mesa again. And definitely wouldn’t recommend it as a replacement to HL1. But I would still recommend it. It is a passion project and it shows. Performance and bugs suck, but I never found anything game breaking or ruining the fun too much. It is definitely worth checking out. I just don’t quite “get” why it was done the way it was. It isn’t a replacement for HL1 and then only Xen is truly “re-imagined”. Like I mentioned in that quote Butty posted; I think they should’ve just made it from the perspective of another scientist that went to Xen before Freeman. There was always bodies laying around. Then they could’ve “re-imagined” the first half of the game too. Either way, pretty neat and worth a play.

Hopefully they fix it before it makes it’s way back to the top of my list.

Hope to get it soon, all this craziness with the virus has really messed up some of my income.

Tonight I finished Black Mesa and I must say I enjoyed every minute of it. Kudos to Crowbar Collective for making it. Pacing, gameplay, graphics and levels are done great. Sound is really good, music is perfect.
I consider myself lucky because I haven’t encountered a single bug apart for bloody snarks.

I can only praise Crowbar Collective for the job done. This game is certainly made by fans - for the fans of the Half Life.

Well this is my next game! Currently running at max settings (including unsupported settings) at 2160p>60 (dsr 1440p, usually >80). It’s quite fun so far. I never thought I’d play this game again, but the upgrade from n64 quality graphics makes it worth it. Anyway, will post more later!

I've tried the console commands listed in related threads, nothing happens. Can I just send you my save and you make the door open and send the file back? Otherwise I'm done with the game and never coming back nor recommending it to anyone. I waited...

Ha, I’m not the only oneeeee

Well for me it was a different door

That happened with a lot of people. Sometimes a hidden, still alive enemy causing it. Usually a chapter restart fixes it, but i cant guarantee 100% it wont happen again

Out of beta but still buggy sometimes. I am surely lucky because I met with one two glitches and i never got stuck it was just funny.

When the door finally opens, you’ll be inside of John Malkovich’s mind.

I was able to bandaide the problem. See the updates in the thread since my original post.

I beat it yesterday…or… the time period before I last slept. That may or may not have been yesterday. It’s pretty good if you hold it to 1998 standards, otherwise it’s a huge slog for the sake of sloggyness which they used to think was good game design. Recommended if your a halflife fan. If not, play it/don’t play it, doesn’t matter. 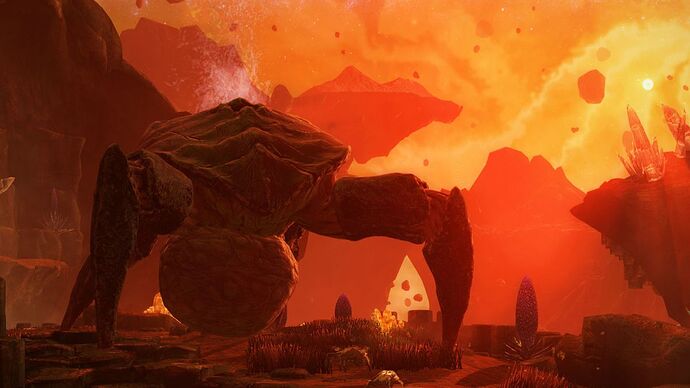 Black Mesa is finally finished, for real this time